Fiber Optic Guitar Photos
These photographs show the initial breadboards that were used to prove that a vibrating optical fiber could generate a musical sound on a guitar.  Then, an inexpensive stock guitar was carved to house the various optical and electrical components involved.  Photos of the final prototype and shots of various documents complete the presentation.

The viewer is reminded that this prototype guitar shown here is a hybrid model - meaning that there is a mix of electrical and optical components in this particular model to power the internally mounted laser diode light sources and photodiode receivers on the ends of the fiber strings.

The intended configuration is for the guitar to be completely optical, with its inputs and outputs completely non-electric.  Such electrical components would be outboard; thus leaving the guitar totally insulated from electrical means.

Diagram used to show a guitar pickup's vunerability to electrical noise and hum. 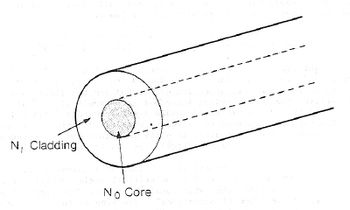 Diagram showing a fiber microbending process - basis of the guitar 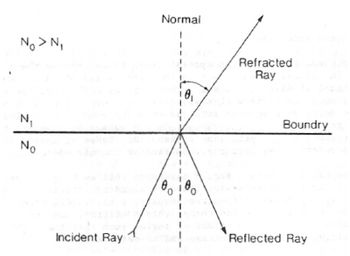 Snell's law showing why light propogates through a fiber core 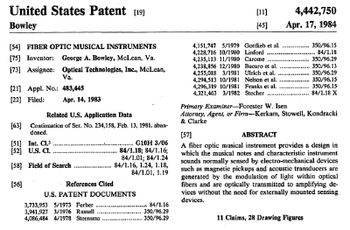 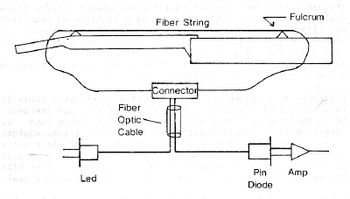 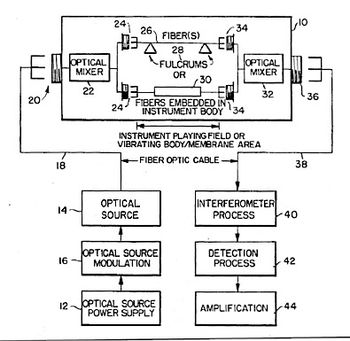 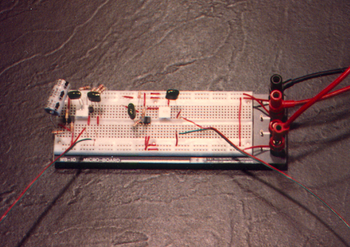 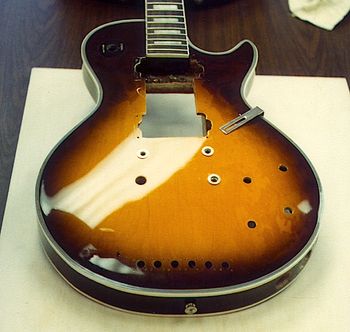 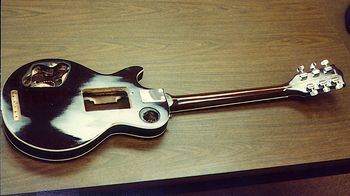 Carved out back of guitar during construction 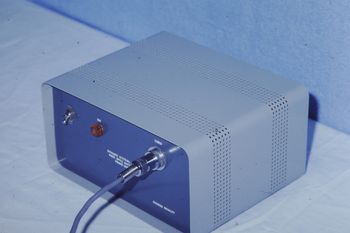 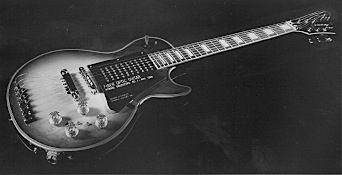 Overall view of the completed guitar 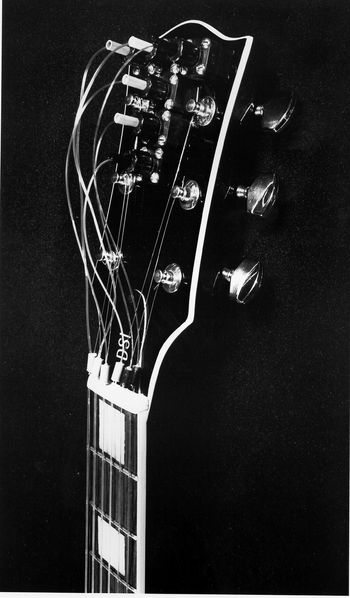 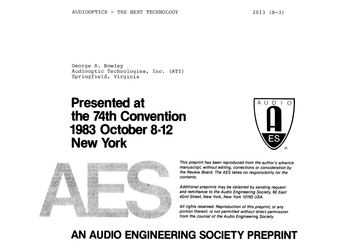 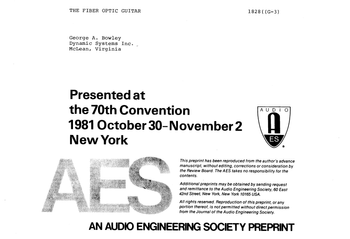 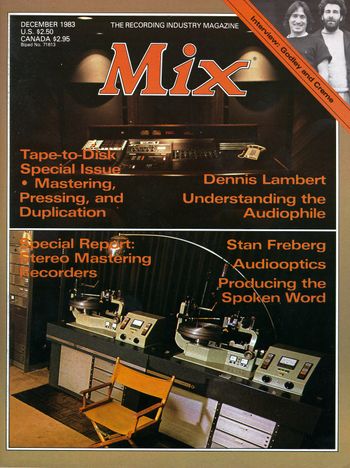 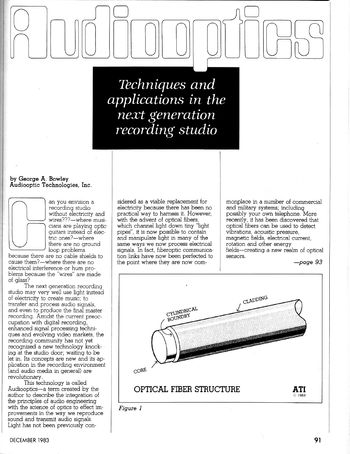 My enclosed article on a next generation optical recording studio 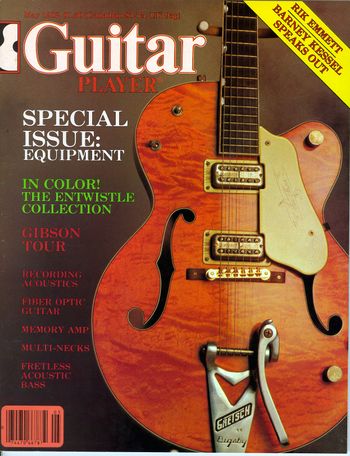 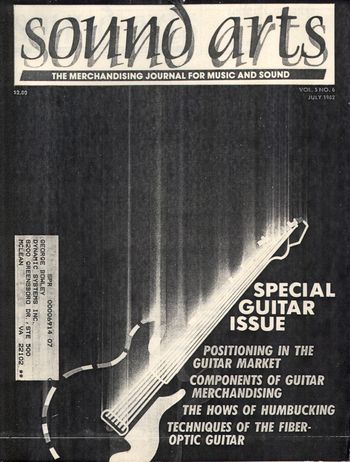